The web can be a scary place. Especially when you are a business owner shopping for a website. There are so many options available it's almost impossible to choose. Moreover, you're terrified of having a bad website or being taken advantage of and over charged. 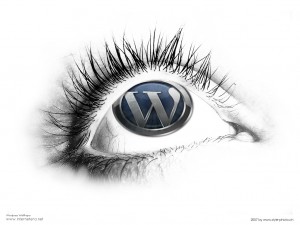 WordPress is a great way to setup a website, quickly, and cheaply. Sometimes even for free!

Contact a Web Advocate today to ask us how WordPress could help you!

We at Web Advocate .org almost never come across a person or business who says, “Money is no object!”

Normally we almost always hear, “What is the cheapest thing I can do?”

Don’t have time to read this article? Talk to a Web Advocate today!

Web Advocate came up with a new spin on the old Splash Page.

Briefly, the old meaning behind a “splash page” was a single page with very little information on it. Frequently it contained bad Flash Animation and a “Click to Enter the Site” button.

For individuals, small businesses on a budget, or large businesses testing a single idea, a Social Media Splash Page is the least expensive, simplest, and fastest way to go.

2) Buy the smallest and cheapest hosting account you can with at least 1 email address ($4.99+ / month)

5) Include relevant contact information for a customer to easily get in touch with you. (Free)

7) Setup a Google Places page for your business with correct contact information, business hours, address/location, and even pictures of your business. (Free)

Now, all you have to do is spend the time conversing with people on Facebook and Twitter, or other Social Media outlets, and using your branded email address on all business cards, brochures and advertisements.

You did read, “5 Reasons Your Business Should Not Be Using Social Media” first, right?!

If a business wants to add lots of content to their website, blog on their site, add pictures or galleries, sell products, or edit the website through a Content Management System (like WordPress) then a Social Media Splash Page is not for them.

However, there are still great options to fulfill your businesses needs.

Please contact a Web Advocate today to determine the best web strategy for your business. We will get back to you in 60 minutes or less.

Don’t have time to read this article? Talk to a Web Advocate Today!

We would like to explain what businesses should not be using ANY form of Social Media:

Everyone Should Use Social Media!

Have you heard this before?

It was probably coming from a marketing person or someone who sells social media services.

We are not saying you should not use social media IF the Young Go Getter rules don’t apply to you:

1. Is your target audience on Social Media?

“The average Twitter user is in his mid 30s. Twitter users tend to be more computer savvy, and they often consist of smart phone owners who can stay connected on the go. Does that sound like your typical customer? Your audience may not be part of the Twitter-crazed demographic, which means that Tweeting would be a waste of your time. If you aren’t sure if your customers use Twitter, just ask them.” – YGG

Every business should figure out these demographics for each social media outlet.

2. You can’t be authentic

“tSocial Media is all about connecting with people on a more personal level. That’s why celebrities have such huge followings; their fans want to get to know them better. Unfortunately, there are some companies out there that are unable or unwilling to use social media authentically. They have to guard every word they say for legal reasons, and it creates a poor experience for followers.” – YGG

“All Social Media is a real-time interactive conversation. You can’t just post something real quick and disappear. You have to be willing to take the time to engage your followers and to interact with them on a personal level. This can require several minutes or even an hour or more on some days. Do you really have the time for this?” – YGG

Most of Web Advocates clients are small businesses, many are sole-proprietors. Is a business owner who cannot pay someone else to engage on social media, or dedicate a customer service employee to this communication medium going to have time to stop doing the work which pays the bills and Tweet or Facebook?

The exact opposite is true of Social Media. If you begin to engage, start conversing with your customers and then disappear, your company will be damaged far more than if you never began.

4. You view Social Media as a one-way marketing tool (most important!)

Do Not. I repeat, DO NOT begin to engage in any social media outlet and simply start blasting out the same advertising campaign you have on print flyers, radio, tv or even elsewhere on the internet.

Doing so would be even more damaging than breaking Rule Number 3.

You could even go so far as to drive customers away because they are annoyed by your (Rule Number 2) inauthenticity.

5. You can’t handle the criticism

“Everyone is equal on Social Media. People get to voice their opinions, and sometimes, you might not like what others have to say. Here’s a tip: You don’t have to respond to every negative thing said about your company. Sometimes, it’s best to let others defend you. And if you can’t handle criticism, Twitter (and all social media) just isn’t for you.” – YGG

You have probably seen or heard about the Dominoes pizza YouTube video of the two employees messing around which got blasted all over the internet. Dominoes took several days to respond to this fiasco. The delay hurt them enough, but their canned, corporate sounding response was too stiff and most people were even more turned off from the company because of this.

When you enter the conversation, expect to hear things about yourself and your company which are not flattering, and possibly even untrue. Take then with a grain of salt, and try to do what you can to learn from this free and genuine feedback.

Don’t Jump In Until You’re Sure You Can Swim

Please take caution before proceeding into the uncertain waters of Social Media.

If you need some advice, Talk to a Web Advocate Today! 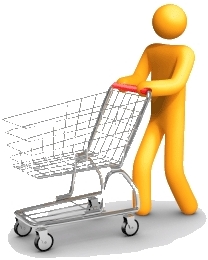 CFO magazine ran an article in their November 2009 magazine titled, “Buy It for Me: Companies are increasingly using third-party procurement services, even for essential purchases”.

The most notable paragraphs from the article are as follows:

It’s not a philosophical question… the market for third-party services that help businesses buy smarter is poised to take off. Procurement outsourcing, which can entail everything from help with a single supplier decision to having an outsourcer select and pay a wide range of vendors on an ongoing basis, will hit $750 million this year and grow to $2 billion next year.” – CFO Magazine

What does this mean for your business?

Hiring a Web Advocate should be your top priority before buying a website.

You should not try to become an expert on web design or development before purchasing a website.

You simply need a “procurement outsourcer”  to assist you with the very act of buying a website.

Web Design is Complicated.
Web Advocates are Not!

We are experts at breaking down the most complex technological discussing into understandable, real world language.

A web advocate is a Professional, Personal Shopper.

Have you ever wanted a personal shopper to take care of your clothing, grocery, or other purchases?

We won’t pick out your next shirt or pair of pants, but we will help you find the perfect web designer, or web firm, to meet your needs.

How Do I Find a Web Advocate?

Contact Us right now, and you will hear from us in 60 minutes or less!

You need the best solution for your personal idea or business venture.
Allow us to do a needs analysis to determine the best option for you.
Of course a website is important for any business, but not every person or business is ready for one. There might be cheaper, simpler, or better options which will help you meet your goals.

We have told people not to buy websites before, but more frequently we help people purchase the right website.

Contact A Web Advocate Today for FREE to determine your needs!